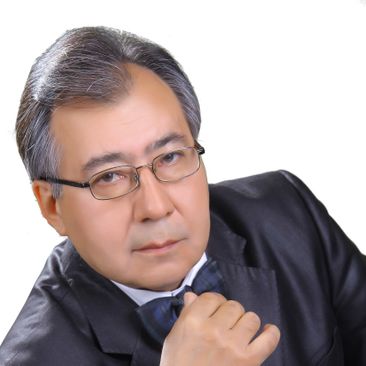 The creative biography of one of the great professional musicians, Artistic Director and Conductor of the chamber orchestra, "Soloists  of Uzbekistan," Honored Artist of the Republic of Uzbekistan, Anvar Khusanovich Raimdzhanov, is widely known in musical spheres, not only in Uzbekistan, but also far beyond our republic. Possessing a wide musical erudition and having a long spanning performance experience,  A. K. Raimdzhanov is a true enthusiast and unmistakable specialist, having dedicated his art and educational endeavors, talent and refinement of his mastery to instrumental chamber music and performance on the Cello.

A. Raimdzhonov was born on May 13th, 1948, in Urunchi (China). In 1958 his family emigrated to the USSR (Kyrgyzstan). He began his education on the cello at age ten in Almaty in the Central School of Music named for K. Baiseitov. Here, under the master teacher S. Zhakeev, the young musician, of the course of eight years, unlocked the secrets to mastery of the cello. Ever the diligent student, the young cellist Anvar Raimdzhanov frequently performed in various concerts and festivals.
One of these, the International competition- Festival ISME in Moscow (1971).

Having entered the Tashkent Conservatory studying under professor I. I. Ibragimov, he participated in international and regional musical competitions, and became the undisputed winner (Moscow, Riga, Bishkek, Tashkent).
Considerable contributions were made by A. K. Raimdzhanov toward the development of instrumental chamber music over the years ( from 1971), in the chamber orchestras:  State Television and Raiod of Uzbekistan, "Academy of Cultural Treasures," "Turkiston," "Soloists of Uzbekistan''- he proved himself a bright solo cellist, ensemble player, and orchestral player.

With extraordinary organizational abilities and performance mastery, A. K. Raimdzhonov with new energy made himself known during his time and activity with the National String Quartet of Uzbekistan (1986-1993), as  a Founder, Artistic Director,  and Soloist.
Covering all of the new concert halls, this collective regularly toured the cities of Uzbekistan and the republics of the near abroad. In 1990, the members of the quartet became the laureates of first place in the international competition in Tashkent. The entire catalogue of their performances entered the Golden Fund of television and radio of Uzbekistan.

Since 1998, A. K. Raimdzhanov heads the chamber orchestra "Soloists of Uzbekistan" as Conductor and Artistic Director.  Now his performative and creative potential has become even more multifaceted as the interpretations of compositions and composers of different styles, national schools, and directions are explored and opened in new ways.

For his great creative contributions in the sphere of music culture in Uzbekistan. A. K. Raimdzhanov was awarded the title, "Honored Artist of the Republic of Uzbekistan" in 2002.

Always finding connection with its audience, whether it is in his native Uzbekistan, neighboring Kazakhstan and Turkmenistan, or far away Turkey, Mozambique, or South Africa, the concerts of "Soloists of Uzbekistan" under the direction of A. K. Raimdzhanov are a bright event in the musical lives of these countries.