For the first time in its history, the Eurasian Stars International Music Festival, organized by the European Foundation for Support of Culture (EUFSC), has been held in Uzbekistan. 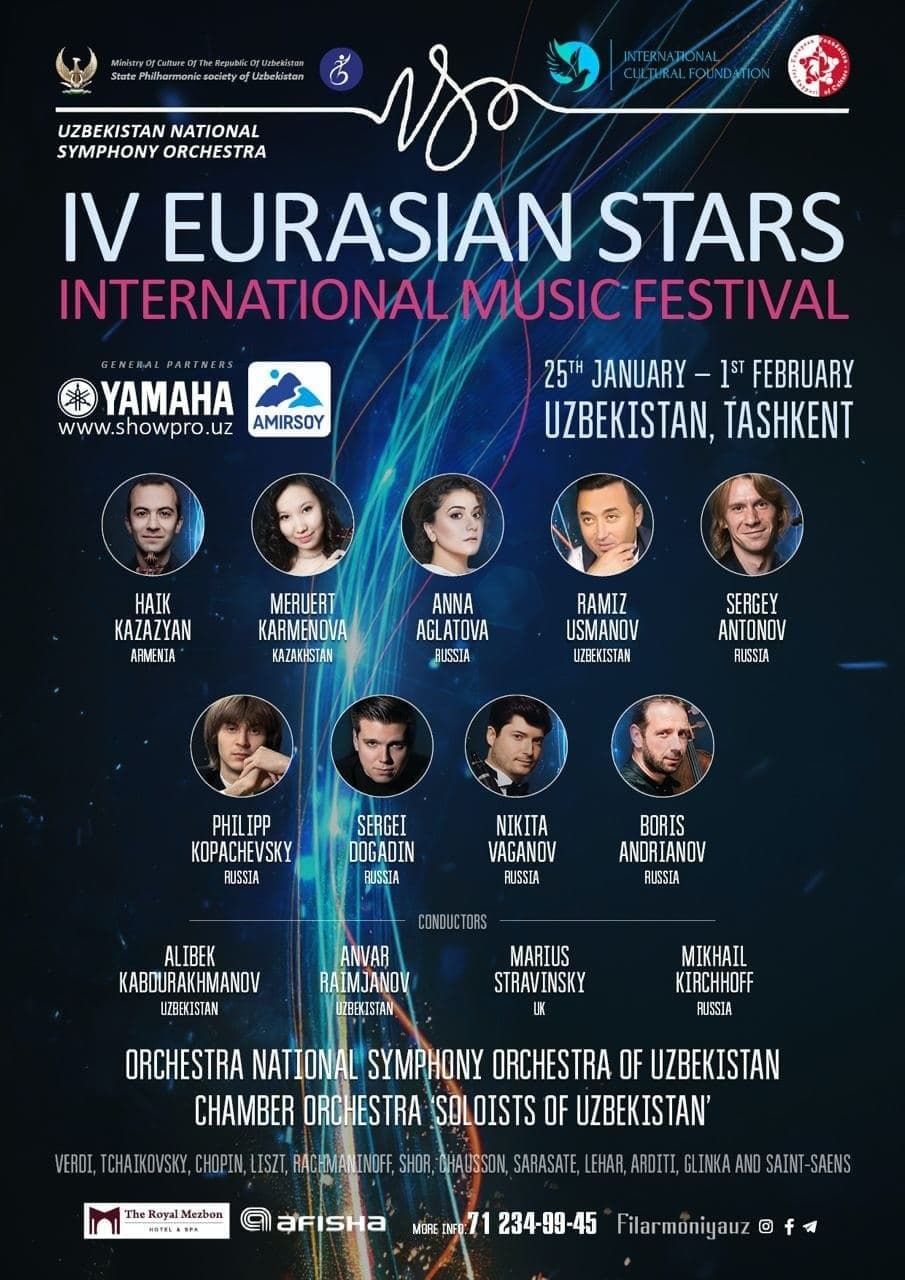 The event took place from January 25 to February 1 of this year in the capital city Tashkent. It included seven concerts in its programme of events and featured a multitude of renowned artists, the National Symphony Orchestra of Uzbekistan, and the Chamber Orchestra “Soloists of Uzbekistan”.

The festival’s concerts were led by four noted maestros:

Together these conductors were responsible for leading the National Symphony Orchestra of Uzbekistan, as well as the Chamber Orchestra “Soloists of Uzbekistan” for the programme of events. The composers’ programme included Verdi, Tchaikovsky, Chopin, Liszt, Rachmaninoff, Alexey Shor, Chausson, Sarasate, Lehar, Arditi, Glinka and Saint-Saens.

The festival was organised by the European Foundation for Support of Culture, a Malta-based organisation that seeks to promote and support cultural and educational projects in Europe and around the world. The Foundation regularly organizes concerts, festivals, competitions, workshops, masterclasses, lectures, seminars and other events in pursuance of this aim, collaborating with leading soloists, conductors, orchestras and other ensembles from across the globe.

“I am immensely proud that we have managed to ensure that the fourth edition of the EUFSC’s Eurasian Stars International Music Festival took place in Uzbekistan, a country with a rich cultural heritage and a diverse musical landscape. In addition to notably being the festival’s first edition to take place in Uzbekistan, this year’s event also marked an important milestone in our mission to help support a return to cultural activities in Europe and around the world. It is, of course, self-evident that the arts have endured a very difficult year as a result of the COVID-19 pandemic, and we are thrilled to have held this fantastic festival which we hope will serve as a beacon of hope in these troubled times.” Konstantin Ishkhanov, President of the European Foundation for Support of Culture, said.